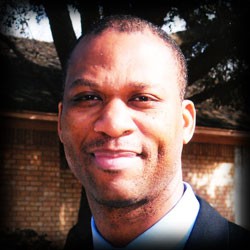 The Night Circus by Erin Morgenstern
My rating: 4 of 5 stars

This is the first book I've ever read that has left me with such a strong impression of fashion and style. In some ways this is a book about a community of people who share an extremely high standard and heightened sensibility for design, fashion, and style.

That's one of the things I loved about Celia. She is one of the main characters in The Night Circus. Although she did not have a healthy childhood - her mother committed suicide and her father was a selfish bastard (two things revealed in the beginning of the book) - by the time she is 'grown', high fashion and elegance are such a part of her life that she literally takes them for granted.

The Night Circus itself is all about style, with its black and white motif, classic elements, and magic. The fact that the novel contains so many detailed descriptions of different magical productions is one of the reasons I've given the Night Circus four stars instead of five stars.

Readers that love physical descriptions will love this book because they are so whimsical and glamorous. I just prefer when characters have in-depth and lengthy interactions with one another.

I thought the relationship between the twins, Poppet and Widget, was sweet and endearing. In keeping with the dominance of style, reading the sections with the Murray twins was like paging through an old magazine that was full of rich photographs of impeccably dressed children playing with high quality hand made toys that were very rare, and in front of a backdrop that was equally as impressive, luxurious, remote, and exclusive. Since none of the characters are constrained by money, this does not come across in a Lifestyles of the Rich and Famous way. I did, however, feel a little cheated by not being able to see more of Poppet's relationship with Bailey.


On the whole, I would recommend The Night Circus to readers that love it when magic is a major element in a novel. I have a feeling that readers looking for romance will be disappointed, though. Not because there isn't any, but because the romance in this book is mixed, in more or less equal parts, with a few other elements, including fashion, glamour, and a passion for style.